Hair loss due to androgenetic alopecia occurs only if a person has a specific genetic code in his or her chromosomes. This code responsible for baldness is carried by a single gene or a group of genes and may be inherited from either mother or father. 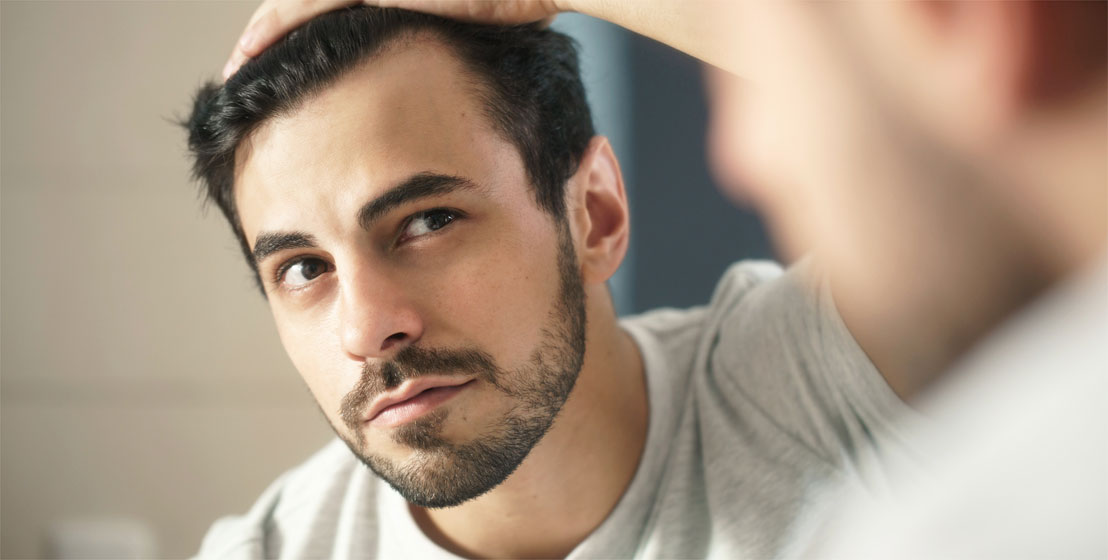 A popular explanation for the inheritance of androgenetic alopecia is that a gene that is supplied by the mother and expressed in the sons who carry it. Genetic analyses of the chromosomes of patients with androgenetic hair loss have revealed that this belief was false in two respects: First, androgenetic hair loss is inherited in an autosomal dominant manner, that is, the gene responsible for hair loss can be inherited from either parent. Second, this genetic code can be expressed in both males and females; that is, both sons and daughters may have androgenetic alopecia in their future.

Another important point to note is that not everyone who carries the gene(s) responsible for androgenetic hair loss will develop baldness. To be active, the gene for baldness has to be “expressed” in the individual. The expression of a particular gene or genes depends on several factors such as hormones, age, stress level and so on. Thus, if a person does not develop male pattern baldness, the reason can be either the absence of this gene or lack of its expression.

A specific gene (or genes) responsible for androgenetic hair loss has not yet been identified. But scientists are sure that this gene (or genes) is involved in the synthesis of male hormones, the enzyme 5-alpha reductase and androgen receptors located on the hair follicles. These are found to be the three main actors involved in the process of male pattern baldness. 5-alpha reductase is the enzyme that converts testosterone (a male hormone) to a more active form, dihydrotestosterone (DHT), which binds in turn, to the androgen receptors found on hair follicles.

With advances in genetic engineering and genetic medicine, it will not take long for scientists to identify the specific gene (or genes) exclusively responsible for male pattern baldness. This will help us not only treat androgenetic hair loss, but also give us the ability to predict future hair loss in a newborn baby.

We use cookies to ensure that we give you the best experience on our website. If you continue to use this site we will assume that you are happy with it.OkPrivacy policy