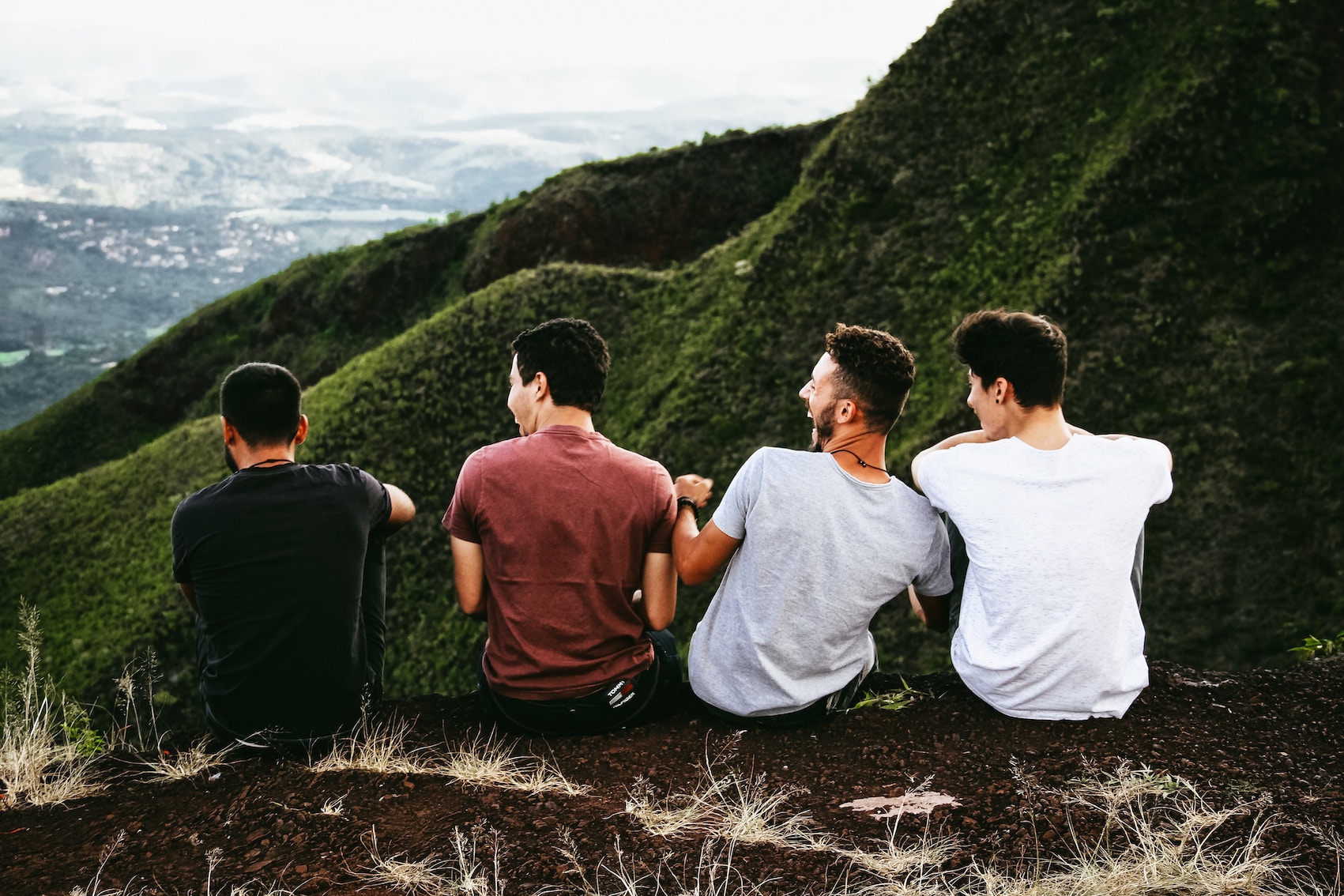 Male pattern baldness is one of the most common forms of hair loss and for some, it can be quite confusing. Your hair loss can be quite unpredictable and knowing exactly what stage you’re hair loss is at can be difficult. Today we’re talking you through the Norwood scale, a scale that shows the different stages of male pattern hair loss.

The Norwood, or Norwood Hamilton scale is a scale used by professionals to measure the extent of male pattern baldness. The scale is considered the accepted standard when describing hair loss in general.The scale has seven stages of balding, ranging from no balding to completely bald. The further along the Norwood scale a person is, the fewer options they have to retain what is left of the hair. At the early stages of the Norwood Scale hair loss medication such as Minoxidil or Finasteride can be used in an attempt to slow the hair loss, however, from around stage five, your options lesser and you will need to look into hair restoration treatments such as hair transplants.

Male hair loss tends to follow several patterns, the most common are; receding at the temples, thinning on the top back part of the head, a general thinning over the entire scalp with a less noticeable change to the hairline, or, a combination of the above. 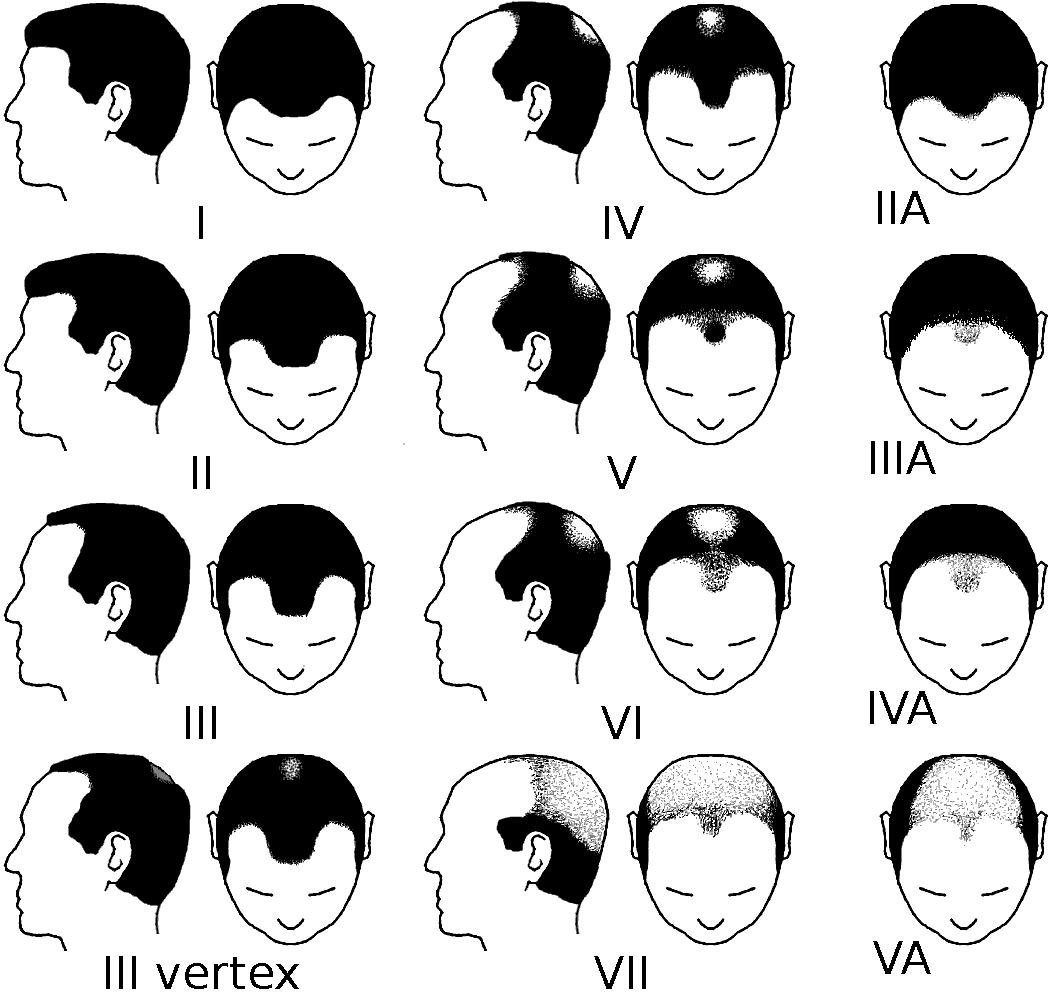 (Image source)
Here is how the Norwood scale is broken down;

No hair loss at all or a very minor recession of the hairline.

A slight recession of the frontal hairline. For most, the hair loss at stage 2 of the Norwood scale is barely noticeable.

Stage three is where your hair loss becomes more noticeable, the frontal hairline has started to recede around the temples (this may still be covered with a thin layer of hair). Some men will also start to see slight thinning or balding around the crown as well.

At this stage, the recession at the temples has become more noticeable, connecting to form a bridge of hairlessness between them. In some cases, the front hairline could have receded far back enough to connect with the now bald crown. A strip of hair extending across the top separates the hair loss between the front temporal area and the crown. Stage 4 is the first stage where hair loss is fully evident and it can become apparent that your hair is balding.

At stage 5, hair loss is considered severe and the hair remaining on the scalp is thin and continues to recede on all sides.

Hair loss has continued to the point where there is far more visible skin than hair across the whole scalp.

At stage 7 of the Norwood scale, there is very little if any hair. If there is any hair, it is usually found at the back of the head.

If you have noticed your hair is starting to thin and potentially follow the pattern of the Norwood scale it is best to see a hair loss specialist as early as possible. When you have more hair on the scalp there are more options for you. At the Harley Street Hair Clinic, we offer hair transplants that in most cases can be used to restore a natural looking full head of hair for people who are at around stage 4 of the Norwood scale. We also offer advanced tricho pigmentation, which uses pigment to add the appearance of fullness to thinning areas of the scalp and can even be used to mimic the appearance of a full head of shaven hair for those at stage the later stages of the Norwood scale.

If you would like more information on our hair restoration treatments please contact us today for a no obligation consultation. During our consultation process, one of our hair loss experts can discuss the best treatment for your type of hair loss.

How long do hair transplants last?

Will it last forever? A question we’re always asked when potential patients come into the…