Alex began experiencing hair loss at a very young age and we were pleased to help guide him through his hair restoration options and to advise him on the optimal time for a transplant based on the rapid progression of his hair loss.

We were pleased to catch up with Alex 6 months after his procedure to review his progress and we look forward to seeing his full result after 1 year.

Alex’s hair transplant in his own words

“I think when you’re young, you want to look good and you know, you don’t want to be made fun of for anything and you don’t really want to have a hairline of a 30 year old.

Hi, my name is Alex and I had my hair transplant about six months ago and it’s been quite a wild journey for me!

I started noticing when I was about 16 and it wasn’t even really me that noticed it. It was my friends and it gradually got worse and worse. There are times when I thought it would stop and I was like, I can deal with this, but it just kind of got to the point where this whole frontal area was pretty much disappearing and it was a bit tough a lot of the time. I would say that I probably had quite a few mental issues, like with my health and stuff. Because of that I learned to just not pay attention to what people were saying. 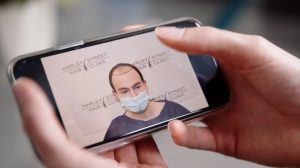 And you know, when people are looking at it, for example, sometimes at work I actually had a manager who every time I spoke to him you could just see his eyes go up and look at my hair and it was just a bit like – I understand, you know, you’ve seen it a few times, but when someone’s constantly doing it, it just gets a bit frustrating.

That’s when I started looking at hair transplants. For me it was quite important, as well as for my parents, to get it done at a safe place and a place where we can trust the people to do the best possible job, which is why we came here. I was quite lucky because my parents supported me with this decision.

Obviously I was quite young when I had it done but I felt like I had no other choice. You know, when I came here, I also said, I don’t have an issue with being, you know, bald when I’m 30 or having hair loss then, but, you know, I was going to uni and stuff. I didn’t really want to have to deal with all of this at such a young age. 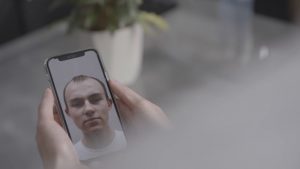 When I first walked in, especially compared to the other place I went to, I already knew that I was in good hands. Everyone welcomed me here and treated me with respect, which was quite a big thing for me. I just felt like the people here knew what they were doing and, you know, even if it took a while for the process to happen, I knew that it’d be worth it and we’d do it in the best possible way.

When they first saw me, they were also a little bit shocked because I was young and my hair receded quite a lot and they couldn’t say, “ok, let’s do this in two weeks time”. But they also explained to me that they were looking at the possibility of me having it done because of the situation I was in. I think that’s what made me patient about at all, because I knew it was going to happen. They kept me updated about what they were doing and talking to the doctors and having meetings, as well as seeing me every couple of months to take photos and see how I’m progressing.

They said that I could have 1,800 graphs, which ended up being about 4,100 hairs, which is quite a lot in the grand scheme of things. To be at this stage as well and have this result after six months, it’s unbelievable and it can only get better! Having that confidence back is honestly a game changer for me because I feel like I can just do anything.”

Speak to our team who will be more than happy to assist you.

Norwood
Up to 1k

Female Hairline Reshaping
Up to 1k

Norwood
Up to 1k

Back To Top
Search
×